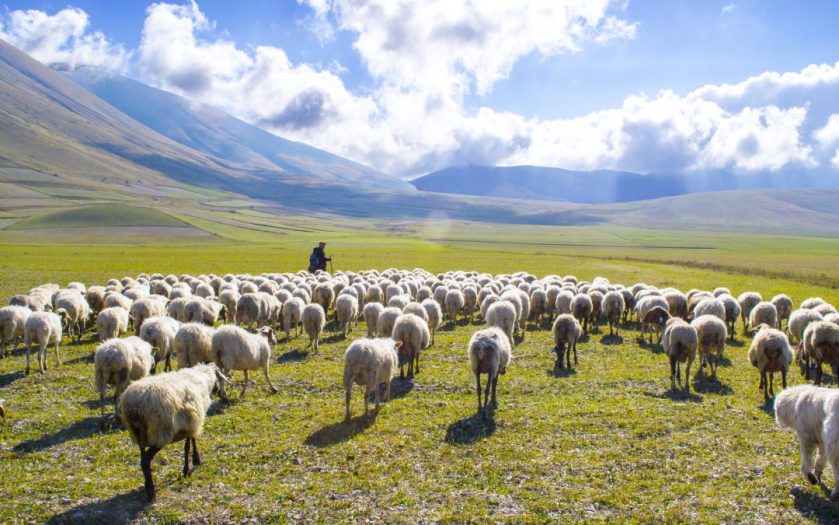 If you’ve seen any number of cop movies you’ve inevitably seen the good cop/bad cop routine. The “bad cop” takes an aggressive and accusatory tone with the subject while the “good cop” positions him or herself more sympathetically. The subject is encouraged to cooperate with the “good cop” either out of trust or out of fear of the “bad cop.”

Jesus introduces a similar dichotomy during the Jewish Feast of Hanukkah with a parable about the Good Shepherd in John 10. “Shepherd” is a common designation for a leader in the Bible. Hannukkah celebrates a transition in leadership when true leaders took back control from their corrupt counterparts.

How can you tell the difference between a good shepherd and a bad shepherd in the church today?

Jesus has a personal attachment to his sheep (v. 2-4). He loves you and knows your name. Like the prophet Jeremiah, God knew you before He formed you in your mother’s womb;  He consecrated you before you were born (Jeremiah 1:5). God knew Peter’s name and changed it to fits His work in Peter’s life (John 1:29). Your name is so important to God that it must be written down in the Lamb’s Book of Life in order to get into heaven. Revelation 20:15 says, “And if anyone’s name was not found written in the book of life, he was thrown into the lake of fire” (NASB).

Bad shepherds frighten the sheep. Bad shepherds are called all kinds of things in this passage: thieves and robbers, strangers, and hired hands. Instead of coming to the sheep through the doorway, they climb over the wall and scare the sheep.

Fear is one of the tools of a bad shepherd. They use their power to threaten or intimidate their followers. They scare people with stories of what may or may not happen. Fear is a good motivator, but a bad master.

Bad shepherds also feed themselves first. Bad shepherds only care about themselves. They steal or hurt the sheep for their own benefit. As far as I know, Simon Sinek is not a believer, but he has discovered the reverse of this biblical principle in his book, Leaders Eat Last.

Bad shepherds flee at the first sign of danger. The hired hand runs away when he sees the wolf coming because he doesn’t care about the sheep (v. 12-13), In the end, bad shepherds are really imposter and charlatans and it’s the onset of hard times that reveals them for who they really are.

According to Jesus, you can tell the difference between a good shepherd and a bad shepherd by the way they take care of the sheep.

I want to encourage you to only follow godly leaders in the Church. There are all kinds of influences and influencers in the local church and the church-at-large – some good and some not-so-good.  bad. Don’t be cynical, just be discerning.

I want also want you to evaluate your leadership in light of Christ’s example. You may not have an official position of leadership, but you have influence over others. Allow God to lead you so that you can lead others in His church.

The parable of the Good Shepherd is about sheep as well as shepherds. Check back tomorrow for a post about how you can tell if you are a sheep that has gone astray.

I am a husband, father, student, and pastor in Indianapolis, IN. View all posts by jeremycouture